According to the North American Securities Administrators Association (NASAA), free meal seminars conducted by people with questionable credentials to sell legal and/or investment products to older adults create a “perfect storm” for investment fraud. Ever since I turned 50, invitations have arrived for “free lunch” or “free dinner” seminars.

I always wanted to attend one undercover, but too many people in my New Jersey county knew me from my Rutgers Cooperative Extension job and/or newspaper column. The invitations typically say “No Brokers. Agents, or Advisers” and it was well known that I hold the CFP® credential.

Now that I am an entrepreneur in Florida and few people know me, I decided it was high time to check out a “free dinner” seminar incognito. Unlike Helaine Olin’s undercover experience as described in Pound Foolish, where her free meal arrived very late, this presentation lasted only 45 minutes before a buffet was served. Below are some “Barbservations”:

¨       The speaker covered content for about 25 minutes and promoted his firm’s services for 20 minutes. The old saying “There is no such thing as a free lunch” (or dinner) holds true here. Expect to sit through an extensive sales pitch.

¨       The PR flyer listed 11 seminar topics. About half were touched upon with little time for participant questions. Big scary numbers (cost of a year of nursing home care) and “shocking statistics” (their PR flyer words; e.g., chances of needing long-term care) were the focus. They wanted people to leave scared and seeking help; not empowered with information.

¨       The speaker called himself a “specialist,” had no financial credentials such as CFP®, and distributed no handouts. His company name was not listed on the PR flyer. To win a door prize, participants had to return a completed contact sheet. I wonder how many of the 100 or so people who attended really filled it out. Personally, I left the address section blank and listed my old disconnected New Jersey house phone number and a “junk” e-mail address. Lots of luck finding me.

¨       There were several useful take-aways including a common error of older adults: “believing that life will always look the way it does today.” I put that in my forthcoming book. There was also a useful discussion of the biggest fears of retirees including: running out of money, steep market declines, higher taxes, loss of a spouse, and health and long-term care.

Attend “free meal” seminars with caution. NASAA provides the following tips: check out strangers touting unfamiliar products (the seminar mentioned a “hybrid annuity with an income benefit rider”), watch out for salespeople who prey on your fears, don’t make rash decisions, and ask tough questions. If something sounds too good to be true…you know the rest.

¨      In 2019, the penalty for lacking health insurance is $0. There are no longer any shared responsibility payments.

¨      Itemizing tax deductions is much rarer today (about 10% of taxpayers) than it was before the Tax Cuts and Jobs Act (TCJA) passed. Miscellaneous deductions are gone and state and local taxes, combined, are capped at $10,000. Most remaining tax itemizers have high mortgage interest payments and/or charitable donations.

¨      The TCJA doubled the child tax credit to $2,000. Eligibility rules are the same this tax season with one major addition. The children for which the credit is taken must have a Social Security number. The child tax credit cannot be claimed anymore with an ITIN (individual taxpayer identification number).

¨      The 1040 tax form looks different…again. It is longer than last year (no longer postcard size) and has three supplemental schedules instead of six. There is also a new 1040-SR form for taxpayers age 65 and older.

¨      The chained CPI (Consumer Price Index) in effect as a result of the TCJA has resulted in smaller inflation adjustments for tax-related items. While the changes are subtle on an annual basis, they will add up over time.

In 2017, after the Equifax hack affected over 145 million people, I froze my credit. At that time, I remember thinking that I was “done” and would never have to unfreeze it because I did not plan to apply for credit again.

The last six months have proven that assumption wrong, however. Even though I have not applied for any loans or credit cards, I had to unfreeze my credit multiple times: to open a savings account at a national bank, to get three utility services at my new home, and for a background check to volunteer at a non-profit agency thrift shop.

Below are five key facts about freezing credit from the U.S. Federal Trade Commission (FTC):

¨      The purpose of a credit freeze is to restrict access to your credit report, which makes it more difficult for identity thieves to open new accounts in your name. This is because creditors (and banks and utilities and non-profits) use credit reports as a type of character reference. If they can’t see a report, they may not extend credit, open a bank account, provide utility service, or allow you to volunteer, especially when cashiering is involved.

¨      A credit freeze does not raise or lower a person’s credit score nor does it prevent someone with frozen credit from receiving a free annual credit report from each of the “Big Three” credit reporting agencies (CRAs); i.e.,  Equifax, Experian, and TransUnion at  www.annualcreditreport.com.

¨      Credit freezes do not prevent identity thieves from making charges on your existing accounts. Fraud victims and potential fraud victims (i.e., everyone else) still need to monitor their bank and credit card statements carefully for evidence of unauthorized cash withdrawals and/or fraudulent charges.

¨      Credit freezes (and requests to unfreeze) need to be placed individually with each CRA. There is no one “central source” for credit freezes as there is with credit reports. “How to” information is provided by each of the CRAs at www.equifax.com, www.experian.com, and www.TransUnion.com.  Be prepared to provide personal information such as your name, address, date of birth, and Social Security number.

¨      A credit freeze remains in place until it is permanently or temporarily lifted. If you need to temporarily lift your freezes, as I did, try to find out which CRA the creditor (or bank or utility) will be using so you don’t have to undo everything. “Thaw” requests made by phone or online must lift a freeze within an hour. When I lifted my credit freezes temporarily, I specified a date range when I knew that my credit history would be checked.

I recently co-authored a journal article in the Journal of Financial Planning and conducted a webinar for the Military Families Learning Network titled 2019 Personal Finance Year in Review. Both discussed recent events, facts, and trends in the world of personal finance. Below are 15 items that were included:

§  More than 25 million taxpayers switched to claiming the standard deduction instead of itemizing (only about 10% of tax returns included itemized deductions vs. about 30% previously)

§  Morningstar announced that it is planning an evaluation system for cryptocurrencies

§  The average annual percentage rate (APR) on credit cards was 17%, the highest rate in > 2 decades (Reason: Creditors are charging higher rates to offset generous rewards programs that eat into profits)

§  Robo-advisory firm Betterment started an FDIC-protected savings account with a 2.69% yield (Other fintech firms such as Wealthfront and SoFi have also launched non-bank banks)

§  Terms of the Equifax hack settlement were announced: 10 years of free credit monitoring or up to $125

§  The 35-day federal government shutdown exposed the financial fragility of many U.S. households 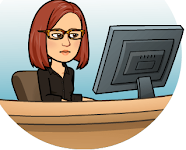